Ukraine’s wheat harvest to drop by one third

Ukraine’s wheat harvest to drop by one third

Satellite images show that Russia’s invasion of Ukraine has severely disrupted the wheat planting season. Production this year is expected to be at least 35% lower than last year, according to the latest data analysed by Kayrros.

If there were to be no further disruption, the data show that the country has the potential to produce 21 million tonnes of wheat this year, some 12 million tonnes less than last year and 23% below the average of the previous five years.

Given that the fighting is ongoing and that a large part of the country’s wheat production comes from areas of eastern Ukraine where the conflict is most intense, the real production figures are likely to be lower than the current crop cover might suggest. 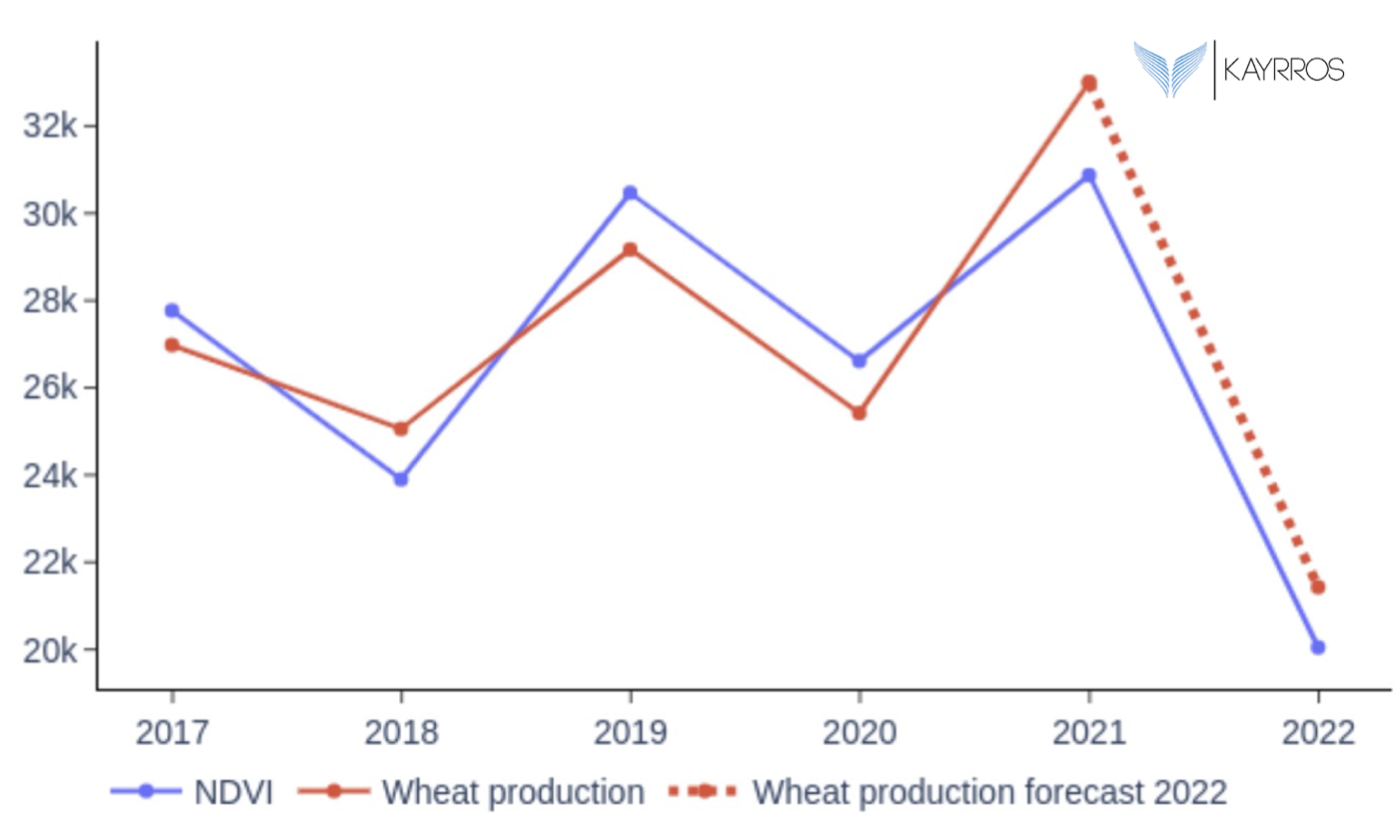 Figure 2: Most affected regions in Ukraine 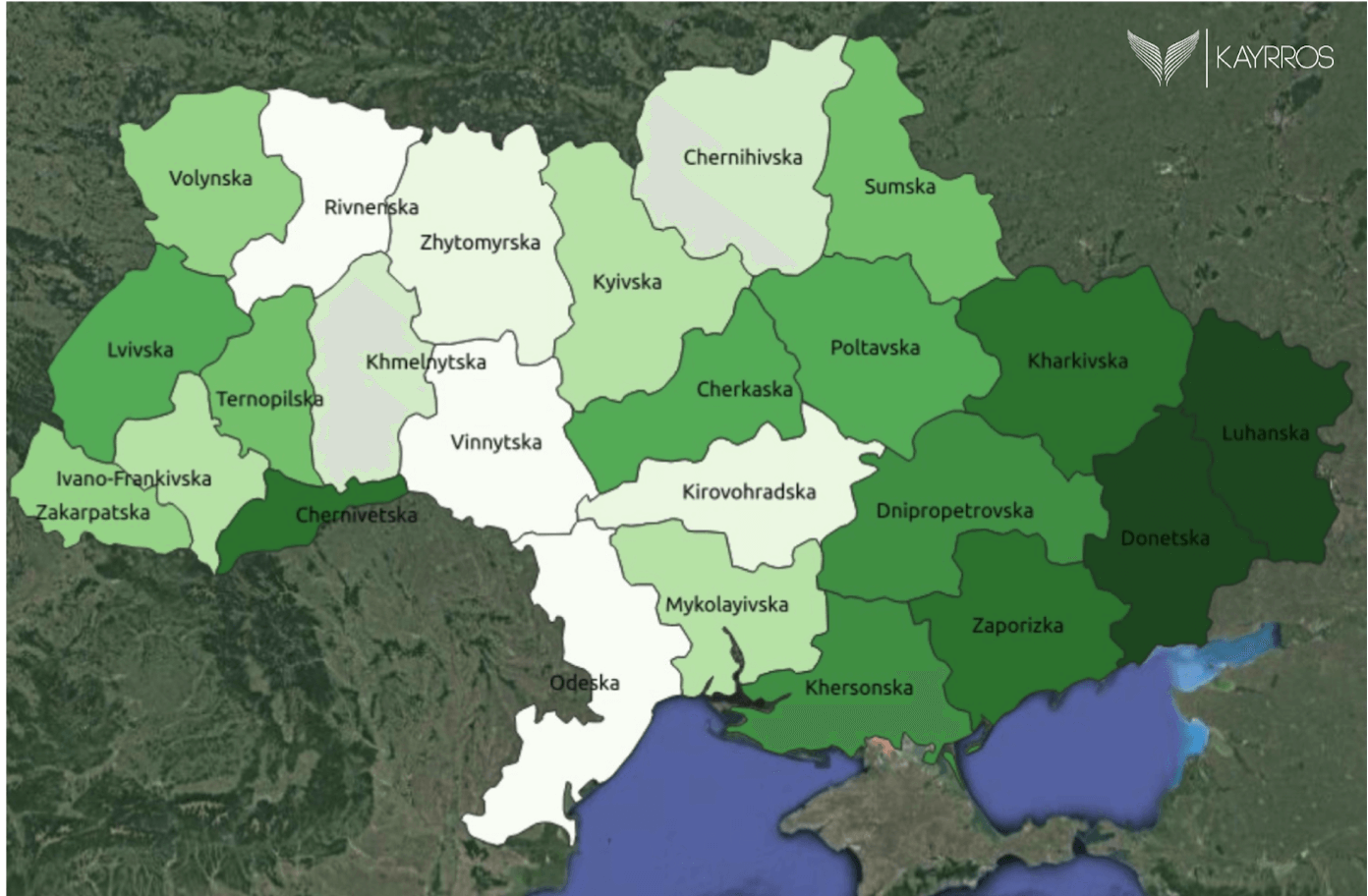 Why does this matter? Ukraine is the sixth largest exporter of wheat in the world. Further disruption to supplies will have far-reaching impacts, particularly in the Middle East and North Africa where many countries are dependent on exports of wheat from Ukraine and Russia.

Last year, Ukraine exported 20 million tonnes of wheat and meslin (a mixture of wheat and rye), representing 10% of all wheat shipments globally, according to the UN Food and Agriculture Organisation.

Supplies of wheat have already been severely disrupted by the fighting. On March 9, 2022, Ukraine banned exports of grain and other food products to prevent a domestic humanitarian crisis. In addition, Russia is maintaining a blockade of Ukraine’s Black Sea coast, cutting off maritime trade with the country.

Global wheat prices jumped 20% during March, while maize rose nearly as much to hit an all-time high alongside record barley and sorghum prices, according to the Food and Agriculture Organisation of the UN.

Even if farmers are able to harvest the wheat they planted this spring, they may not have anywhere to store it because much of the 2021 harvest is still in silos on farms. Some grain is being moved by road and rail but only slowly – it will take at least 10 months to clear the current crop surplus, according to Kyiv-based analyst UkrAgroConsult.

Arab Spring 2? Ukraine and Russia are main sources of grain throughout the Mediterranean and Middle East. The recent disruptions in supply come at a time when wheat prices are at a two-year high after several years of drought in the Northern Hemisphere.

The price of wheat has a bearing on social and political stability. “Bread is the linchpin of nutritional security across the Middle East and North Africa, and fluctuations in its price can destabilize regimes,” says Nick Shafer of the Institute of Development Studies, a think-tank affiliated with the University of Sussex, England.

The satellite images analysed by Kayrros were taken between April 14 and April 22 by a Moderate Resolution Imaging Spectroradiometer (MODIS) sensor aboard NASA’s Terra satellite. They show that the worst affected areas in Ukraine are in the central and southern regions of the country.

Kayrros was able to determine the ground area covered by vegetation by measuring the difference between near-infrared (reflected by vegetation) and red light (which is absorbed by vegetation). This method, known as Normalized Difference Vegetation Index, has been proven to accurately predict wheat production (see Figures 1 and 2).

Do you want to receive the latest Kayrros Insights straight to your inbox?