When Royal Dutch Shell announced its decision to divest its Permian tight oil assets in mid-September, most market commentators jumped on the notion that the move was in response to a recent Dutch court ruling ordering the company to slash its greenhouse gas emissions nearly in half by 2030. It so happens that Kayrros, using satellite imaging, geolocation data and other new technologies, has been monitoring Shell’s operations in the Permian closely. Its data suggest there’s more to the story.

Kayrros fuses multiple data sources—from raw satellite data to advanced wind algorithms—to track energy operations in the Permian from the bottom (drilling activity) up to methane and carbon emissions. The data show that Shell has maintained a relatively small greenhouse gas footprint in the Permian compared to both its peers and the rest of its own portfolio. Shell’s Permian operations also rank favorably in fracking efficiency, though less so in drilling efficiency (as measured in feet of lateral well drilled and/or fracked per day) compared to its peers. These findings suggest that other factors may be at play in Shell’s Permian exit beyond its effort to reduce emissions.

Kayrros measures Shell’s methane intensity in the Permian Basin at well below the Basin’s average. Kayrros uses proprietary modeling algorithms to detect, quantify and attribute high concentrations of methane above major production areas like the Permian Basin. These models use hyperspectral satellite imagery, atmospheric simulations, and on-the-ground operational data to extract accurate measurements of total emissions in a given production area.

Kayrros also attributes a small portion of natural gas flaring in the Permian to Shell. To estimate flaring emissions, Kayrros measures and quantifies the infrared signature of gas flaring stacks detected by satellites’ advanced thermal sensors, using a method developed by the World Bank and the Colorado School of Mines (VIIRS Nightfire). It then attributes them to ground facilities using its proprietary operational database.

The relatively low emissions attributable to Shell’s Permian operations suggest that legal and grassroot pressures on the company to reduce its climate footprint cannot wholly account for its exit from the basin.

Shell’s remaining US presence is strongest in offshore projects. Earlier in July, the company announced the final investment decision (FID) for Whale, a deep-water development in the US Gulf of Mexico, in partnership with Chevron.

Shell’s disposal of its Permian assets has turned their acquirer, ConocoPhillips, into the second-largest operator in the basin in well completion terms after Pioneer, which itself has considerably grown from several major purchases in recent months. Conoco’s latest deal is its second big expansion this year after its purchase of Concho Resource in January.

Figure 1. Number of Horizontal wells completed since 2018 by Top 10 Operators in the Permian Basin (Source: Kayrros)

The acquisition will not expand ConocoPhillips’s inventory of drilled and uncompleted wells (DUCs) in the Permian Basin in a big way, as Shell only held on to a small DUC inventory. 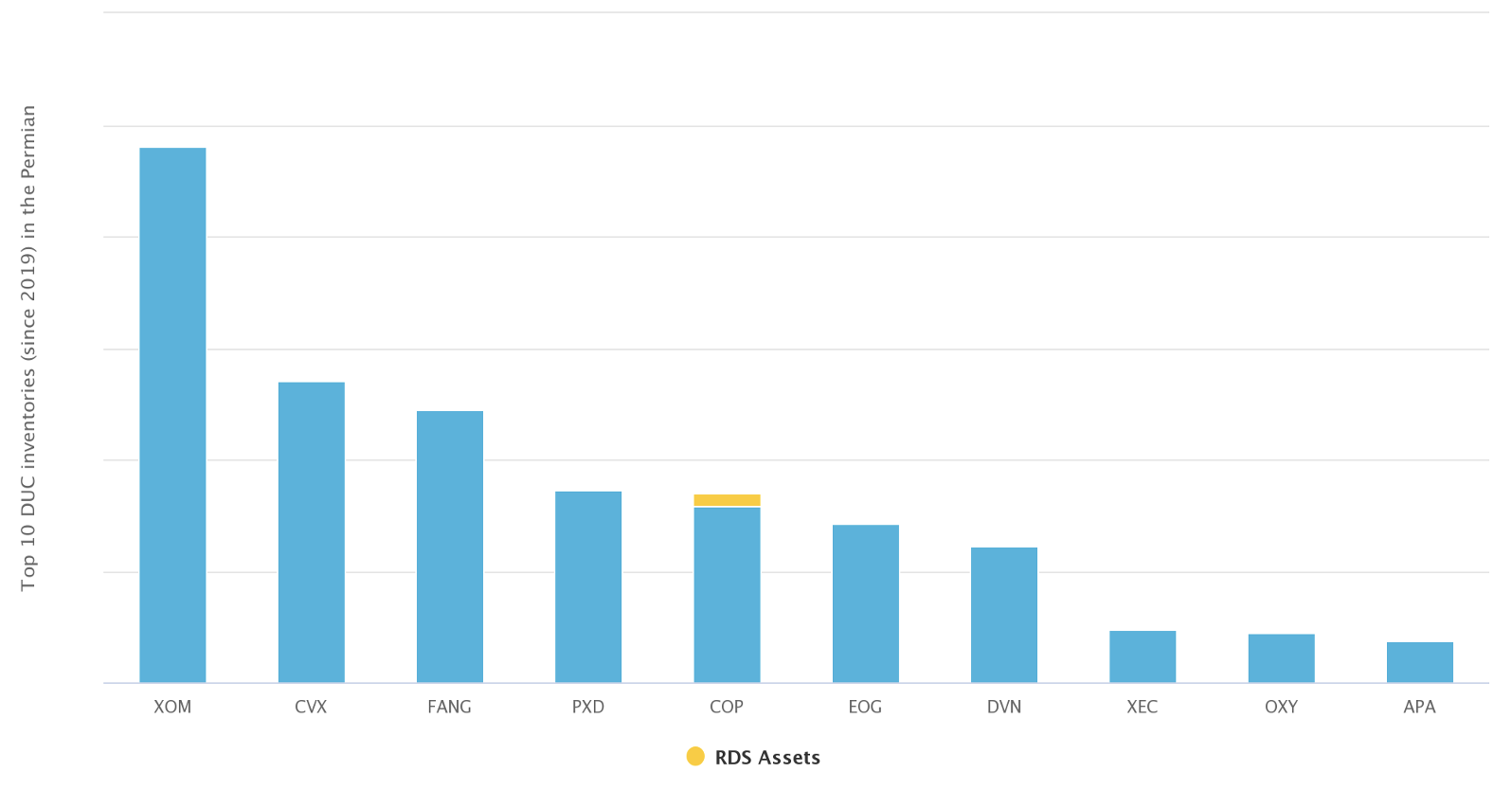 The acquisition expands Conoco’s operations in the Delaware Basin into Ward and Winkler Counties, while also reinforcing its position in Loving County. 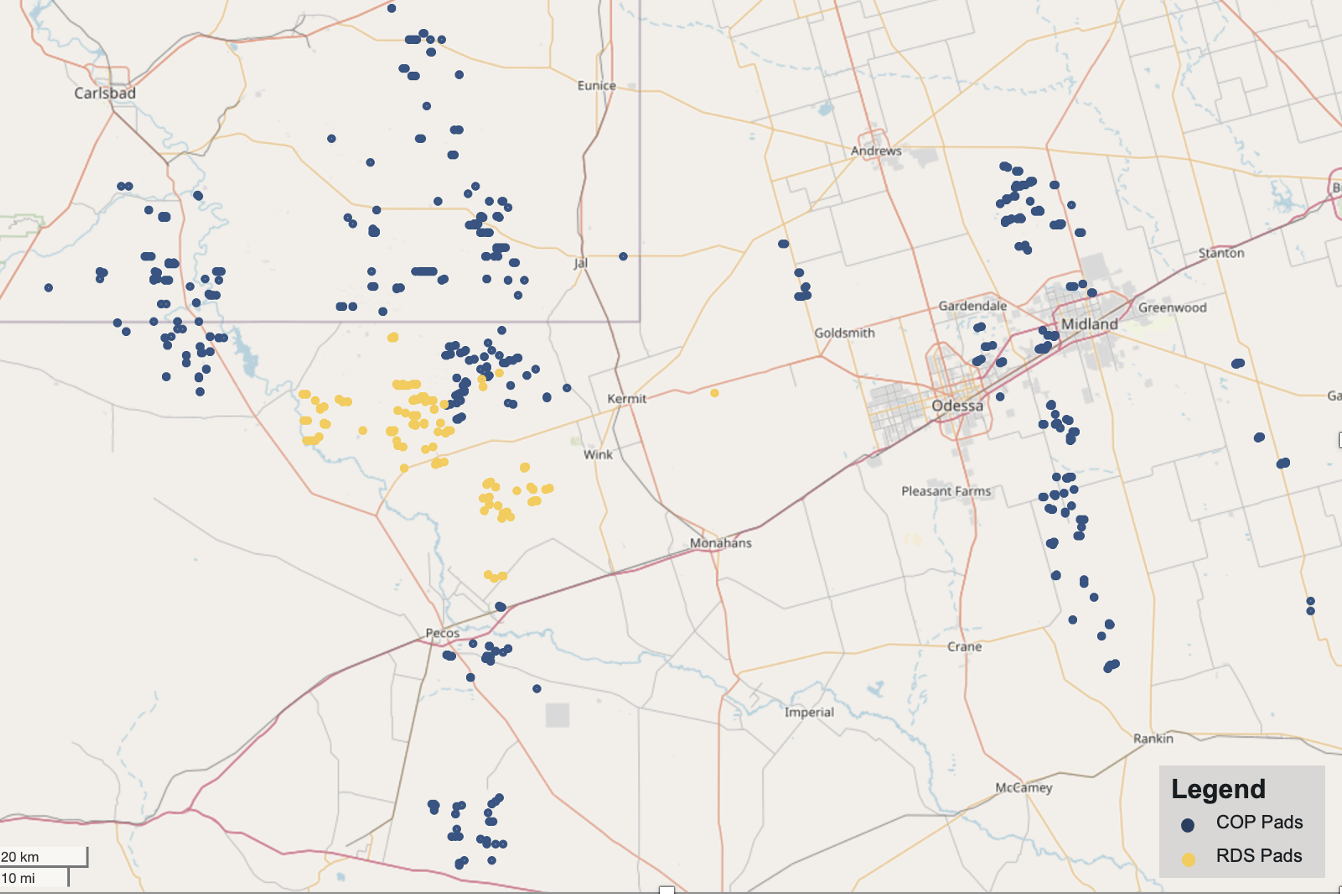 From an operational standpoint, Shell is outperforming in completion activity; on the other hand, Shell’s drilling efficiency is lower than the Basin’s average. 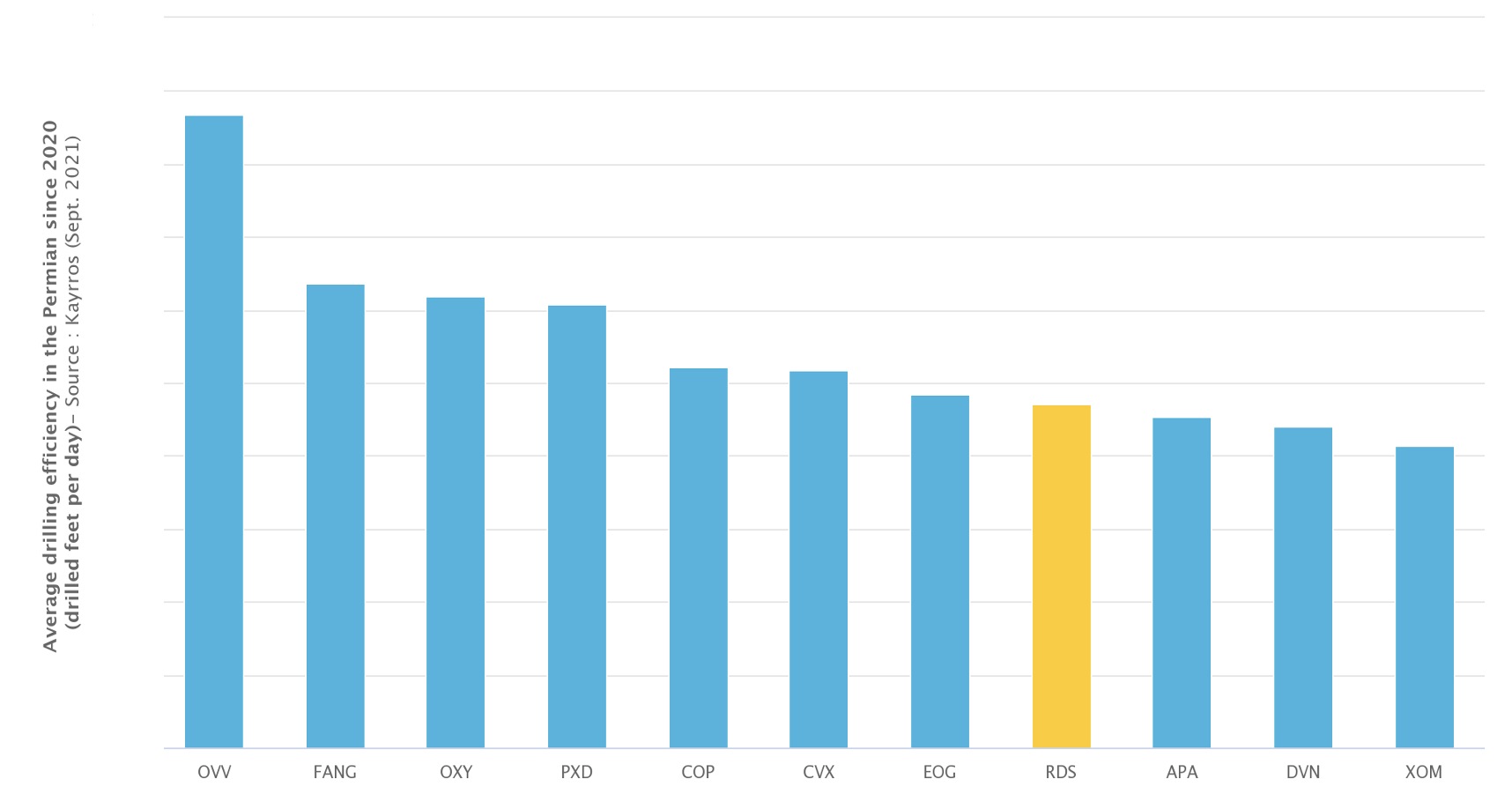 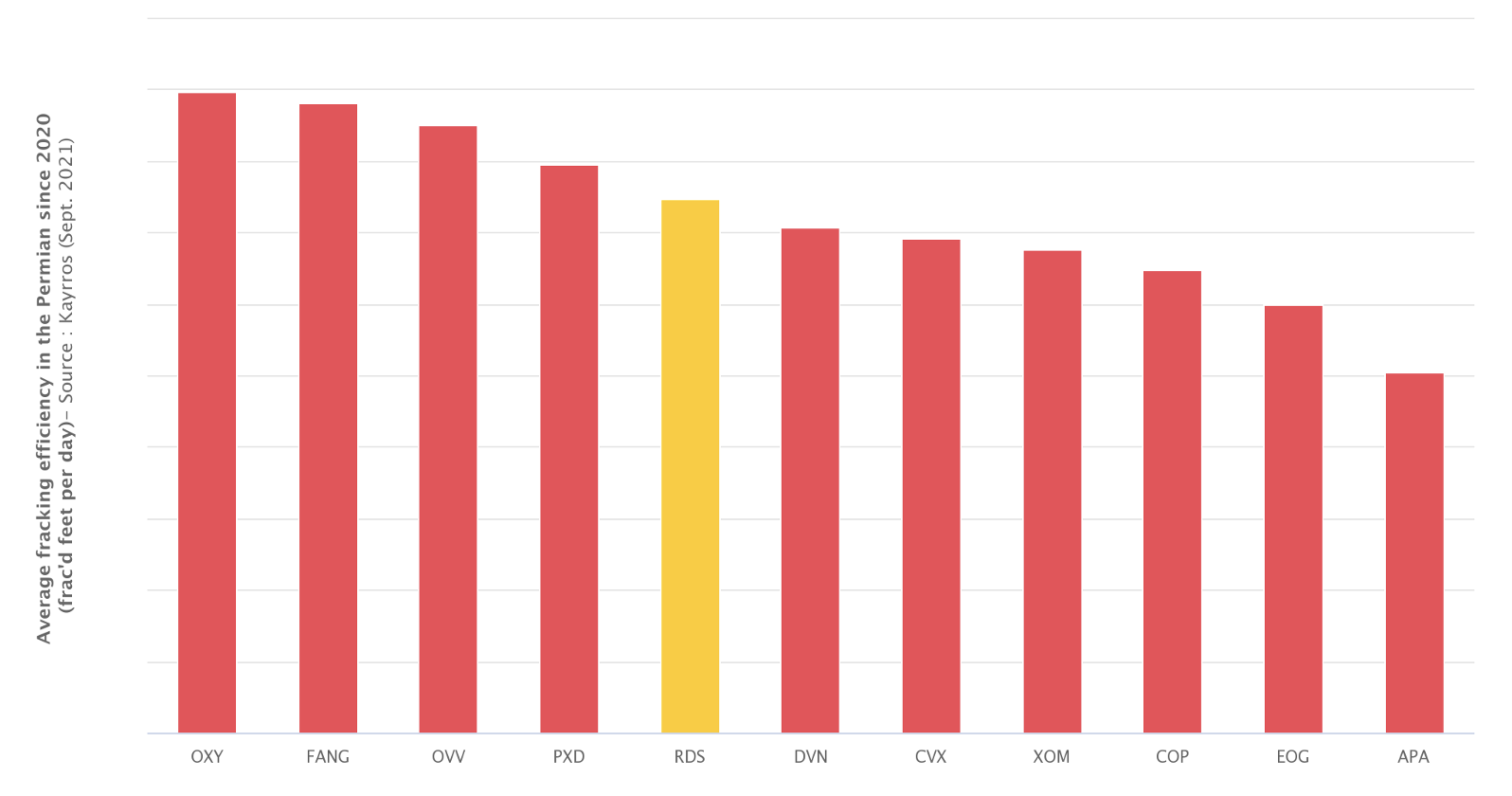 Shell’s exit from the Permian marks the latest in a series of mergers and acquisitions in the Basin that started a few months ago. M&A activity between major oil companies has boomed since 2020 amid the COVID-19 oil-price collapse and growing investor concern over stranded-asset risk in the oil and gas patch. While cutting emissions may not have been the main goal of Shell’s action, this wave of consolidation nevertheless bodes well for the basin’s broader emissions outlook.

One of the consequences of ongoing consolidation activity in the Permian is to improve the odds of a reduction in the basin’s overall GHG footprint. Several of the emerging Permian giants have pledged to cut back emissions and have set ambitious ESG targets for themselves. Thus, in its recently released 2021 Sustainability Report, top Permian player Pioneer Natural Resources announced a goal to reach Net Zero by 2050 and enhanced emissions reduction targets for greenhouse gas (GHG), including methane.

In October 2020, ConocoPhillips, now number two in the Permian, became the first U.S.-based oil and gas company to adopt a Paris-aligned climate risk strategy. Chairman and CEO Ryan Lance declared then that “Our objective is the sustainable success of our business through the energy transition.” The company has since unveiled a detailed emission reduction roadmap for the short and medium terms.

Other companies are similarly factoring ESG targets into their Permian strategies. While there is still considerable room for improvement in Permian, their growing market share and the increasing consolidation of Permian operations makes it more likely that they will be able to drive a reduction in the basin’s overall emissions.