Imagine being able to take a stereoscopic image from space of anything on Earth, and then use this image to build a 3D digital twin of what you have captured. Imagine applying this power to monitor the world’s largest forests.

This vision is now reality. Kayrros combines high-resolution image processing and advanced mathematics to create digital twins of any piece of built infrastructure or natural asset from a constellation of orbiting sun-synchronous satellites. After acquiring two satellite images pointed at the same spot on Earth, Kayrros applies proprietary algorithms to turn these images into a 3D model, generating a digital topographical snapshot in near-realtime.

This technology can be deployed to autonomously monitor tree canopy heights, species diversity and foliage density in forests, thus providing a critical indicator of deforestation or afforestation in addition to key indicators in forest health and biomass growth. 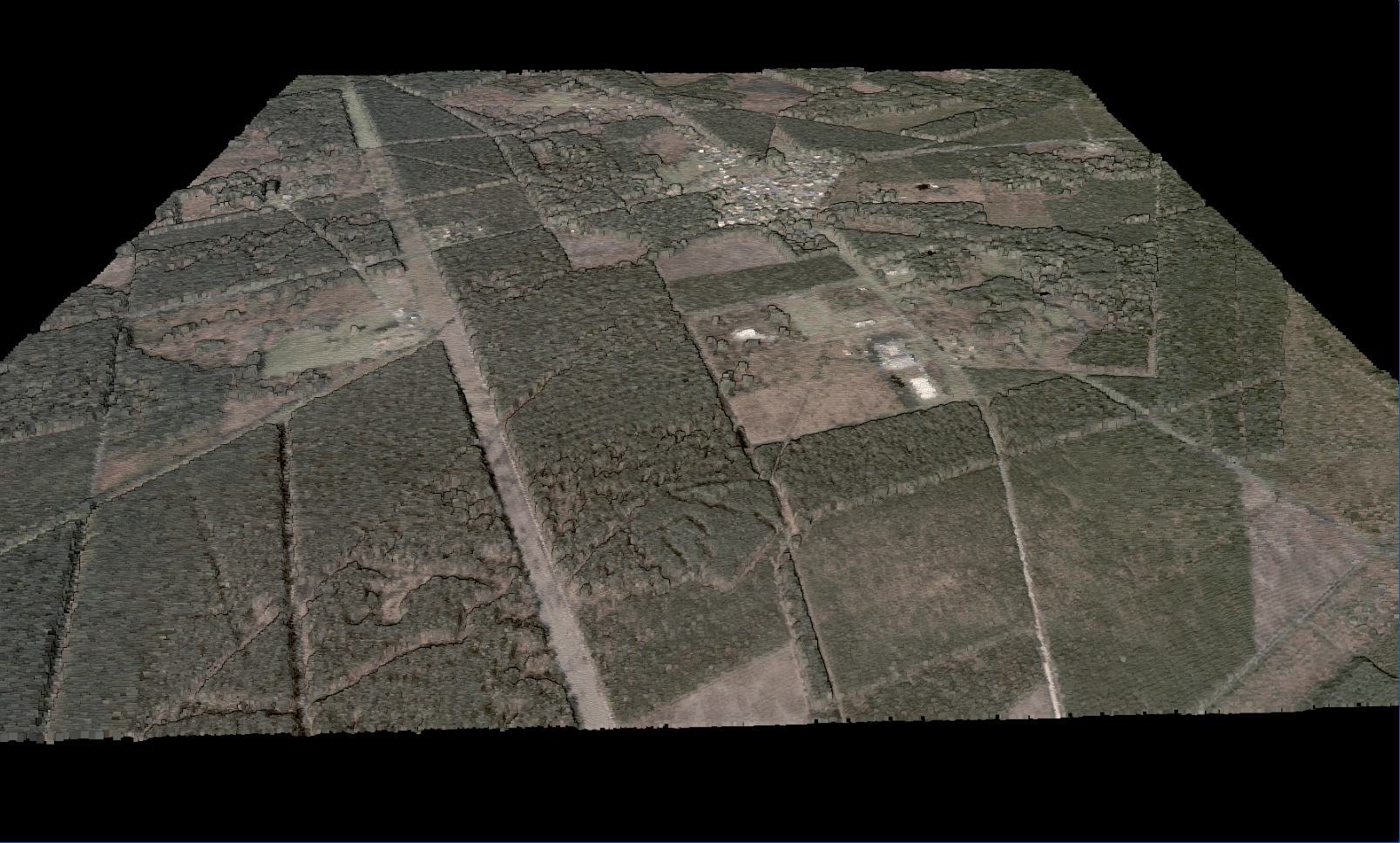 Before the 19th century, France’s sprawling Landes de Gascogne on the Atlantic coast was primarily a sandy plain, devoid of the greenery that defines it today. It wasn’t until the mid-19th century that a massive effort was undertaken to bring pine trees into the Landes and transform the dunes into France’s largest forest. Stretching for almost 5,000 square miles, the Landes is now one of the biggest manmade forests in Europe.

Kayrros scientists leveraged proprietary technology to build a 3D reconstruction of the Landes forest to measure the height of its canopy, comparing measurements from 2015 with 2021. We generated two elevation models, the first derived from stereo images from September 27 2015 from the Pleiades satellites, a two-spacecraft constellation of the French space agency CNES (France’s National Center for Space Studies). The primary mission of Pleiades is high-resolution Earth Observation with a one-day revisit time, covering almost one million square kilometers per day, per satellite. The second elevation model is derived from tri-stereo images from the SkySat constellation of mini-satellites of US commercial company Planet taken on March 17 2021. 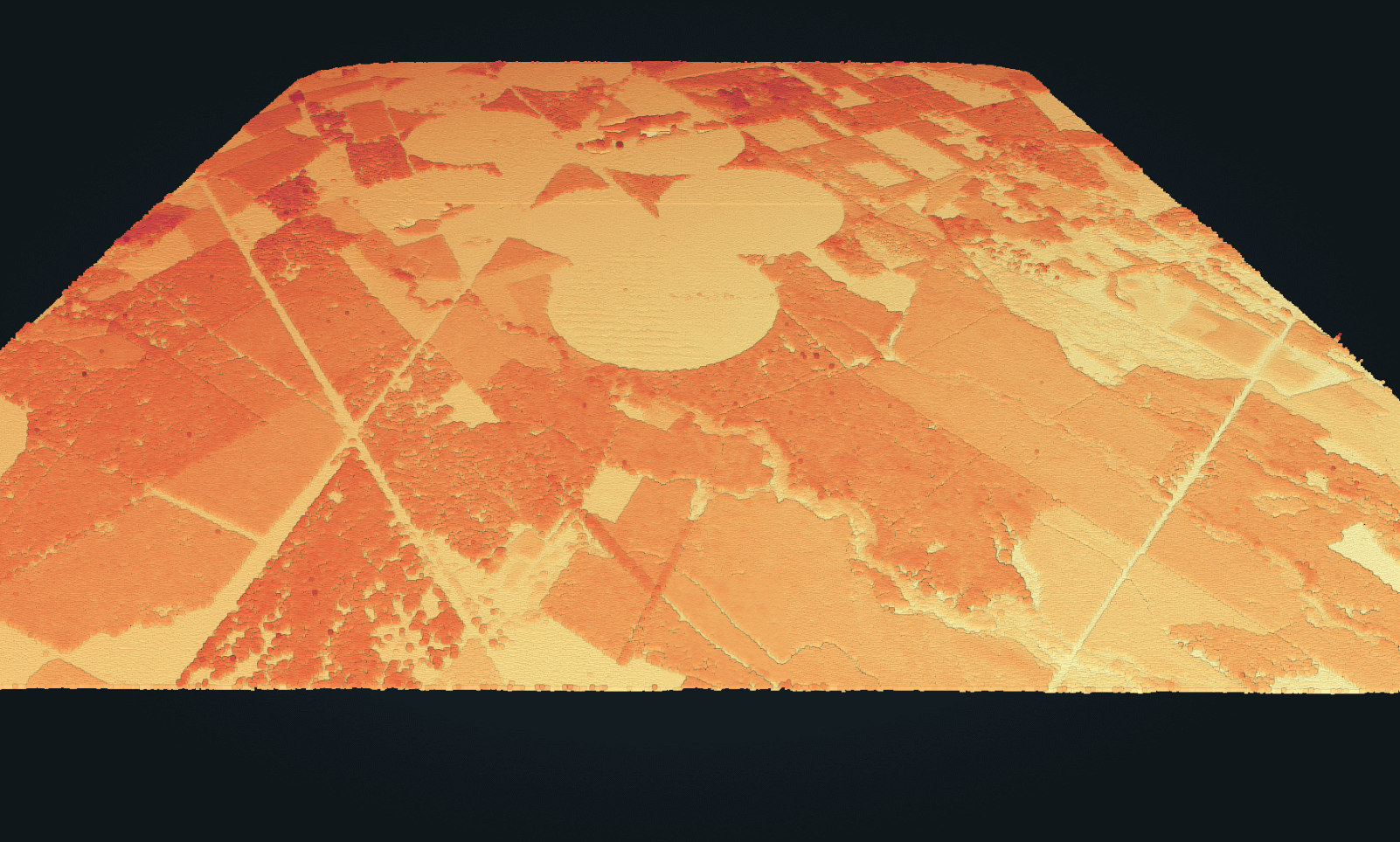 Though satellite images are taken thousands of miles away from the Earth and processed through complex computational algorithms, the basic concept of 3D reconstruction connects to a much closer lens — the human eye, best illustrated through a concept that many might recall from teenage-era science class: parallax.

Combining two slightly different optical viewpoints of the same object allows us to perceiv depth. This is what our brains do, thanks to input from our two eyes. If an object is farther away from the lens, it will appear to move less; when closer, it will appear to move more. Computer vision scientists have turned this concept into algorithms, with multiple cameras acting as ‘multiple eyes.’ Kayrros data scientists calculate the exact distances between the satellite lens and the surface of the Earth to construct topographical models of the surface, calculating varying levels of depth with enough precision to draw a picture.

Kayrros sources most of its raw forestry images from Planet, whose high-resolution SkySat satellites image the Earth daily to bring actionable global change.

In the case of 3D reconstruction, two factors are particularly important: timing and angle. The agility of these satellites allows them to quickly turn their cameras up to 30 degrees away from the vertical, allowing for two images to be taken of the same object from two different angles — in a span of 10–30 seconds. This generates two pictures from the same place, one seen from the left and the other from the right.

Looking at the 3D models on the Landes de Gascogne 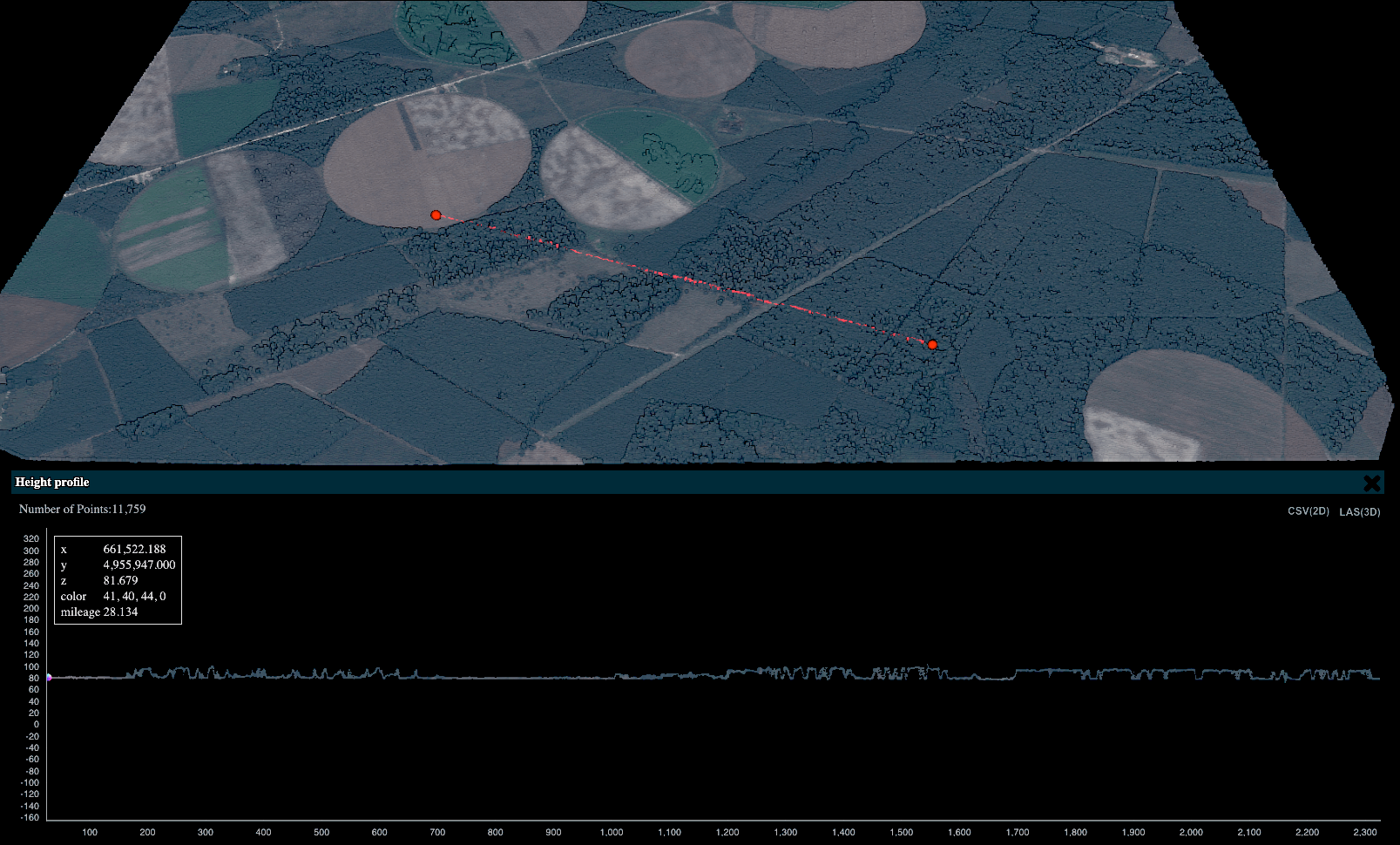 Kayrros measurements are aligned to other ground truth and LIDAR data, confirming the tree heights generated by 3D modeling.

The new generation of 3D mapping has the capacity to change how we monitor and protect our environment. In addition to monitoring forests and greenery, the technology can be deployed to monitor floods. Should a city be hit by a natural disaster, digital modeling flags compromised infrastructure to give emergency response teams a bird’s eye view of the ground, spot evacuation routes and catch pockets where people are in distress and need assistance. The modeling can also be used to evaluate damage on the environment over time, with the original model serving as a detailed reference for pre-damage topography and infrastructure.

“This technology will change how we monitor the environment by introducing advanced technology and mathematics for precise, large-scale and timely measurements,” Claire Bonfils, Product Manager of Kayrros 3D mapping, said.

At the intersection of technology, environmental defense and climate action, 3D Mapping will change the scope of Earth Observation, providing a new vantage point from which to digitally monitor what’s around us. And this is just the start.